ADHD and Dyslexia: Implications on School and Work Environments

Attention Deficit Hyperactivity Disorder (ADHD) is a neurological disorder that affects the brains ability to regulate attention and control impulses.  It can also affect working memory, self-control, and time management.  One of the common difficulties for people who have ADHD, is dyslexia.  Dyslexia is a language based learning disability that mainly impacts reading skills but often includes difficulties with spelling, writing, listening, comprehension and speaking.  People who have dyslexia usually read at levels significantly lower than expected, despite having normal intelligence.  Dyslexia can also be classified as a reading disorder.  According to the International Dyslexia Association, ADHD and dyslexia can both cause people to be “dysfluent readers.”  They leave out parts of what they are reading.  They get tired, frustrated and distracted when they try to read. They may even act out or refuse to read.

Some of the biggest challenges of dyslexia include:

What causes ADHD and Dyslexia?

ADHD has been attributed to genetics and exposure to environmental pollutants.  It is also possibly on occasions caused by problems during pregnancy.   Mothers who smoke cigarettes, consume alcohol or drugs or who were exposed to certain infections can pass on genetic predispositions for ADHD.  These factors combined with possible exposure to lead or mercury in the environment may all have effects on a child’s neurological development.

Dyslexia is thought to be caused by a language-processing deficit within the brain, usually inherited genetically.  Some dyslexic children may have experienced a traumatic brain injury in early life, this is known as acquired dyslexia.  Others may have a dyslexic parent which reveals the possibility for genetic causation of dyslexia.

The correlation between ADHD and dyslexia is not well understood, but it is an area of much research.  Peer reviewed studies have observed clinical similarities in the two conditions including difficulties with attention, processing speed, executive function, hyperactivity, impulsivity, lack of self-control, organisational skills and working memory.  Other research has also found some differences in certain tasks such as rapid naming of letters, objects, colours and pictures is more impaired in children with dyslexia.

While both disorders are diagnosed differently, there are observed similarities in brain scans of individuals with ADHD and also dyslexia.  There are many theories for this link between the two disorders.  One theory is that people who suffer from ADHD also have trouble regulating sensory information which could lead to problems with reading so they develop dyslexia.  Another theory is that some children are born with a neurological vulnerability to both conditions.  These children may be genetically predisposed to both conditions or one may lead to the other.

One more theory is that both disorders are caused by excessive activity in the brain’s frontal lobe which controls attention and impulse control.  Another recent study has shown a link between dyslexia and ADHD with certain genes involved in dopamine signalling pathways in the brain (Germano et al., 2010).  Genetics play a role in about half of the children diagnosed with ADHD.  For the other half, research has yet to identify a cause. Regarding dyslexia, about one third of the children born to a parent with dyslexia will also likely be dyslexic. 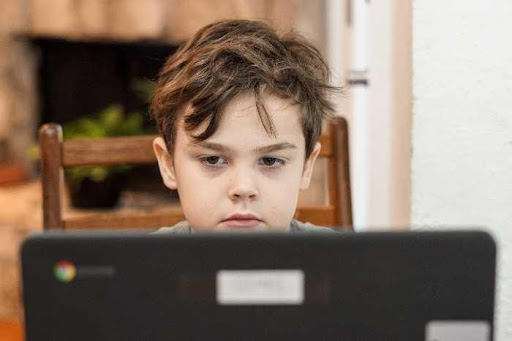 What are the chances of a person having both ADHD and Dyslexia?

A child with ADHD is more likely to have dyslexia than one without ADHD. It is estimated that up to half of those with dyslexia may also suffer from ADHD.

Implications on school or work environments for learning disabilities

People with either ADHD/dyslexia face significant challenges in professional settings due to their reading difficulties.  These effects are similar to the way people’s ADHD symptoms may impact school or work performance if ADHD is not properly managed.  Studies show that adults with ADHD, who were diagnosed with developmental dyslexia in earlier life, are at higher risk of poor self-esteem throughout their school and working years (Ridsdale, 2005).

In a child’s school it is important for teachers to make an assessment to implement classroom accommodations for the children with dyslexia.  It is important to have the necessary supports to help children with a reading disability.  If the ADHD sufferer has trouble in school, tutoring or special classes may be recommended.  Specialis ed learning techniques can also help with the specific problems of both conditions.

In work environments, it is helpful for managers and colleagues to support their co-workers by providing information in different formats to assist the understanding and learning of information.  For example, instead of written instructions, verbal instructions can be presented to aid with attention to detail.  Teachers and managers should also take into account the time it takes for individuals with either condition to process information so they may develop ways in which to adapt these different learning styles in their school or work environment.

People with dyslexia are often hyperactive and have a short attention span. They can, however, be very creative problem solvers because they tend to think out of the box while ignoring “conventional wisdom”.  People with learning disorders such as dyslexia may represent the the most creative and motivated people in your workplace and that of your company leadership.  Instead of penalising them for literary errors, instead profit from their talents by writing inverted numbers and financial numbers.

Some of the most famous and successful people in the world have had dyslexia including Tobey Maguire, Steve Jobs, Walt Disney, Sir Richard Branson and Cameron Diaz.

Treatment for adult ADHD and dyslexia tend to vary depending on the symptoms.  For example, for ADHD treatments, medication might be prescribed to help with attention span.  If dyslexia is the only problem, reading or tutoring might be recommended.  Alternatively, parents or a teacher can help through implementing adjustments in the home or classroom.  Treatment typically includes behavioural therapy, medication, or a combination of both particularly for more severe dyslexia.

Both conditions must be treated simultaneously because they are both caused by different types of deficits that must be addressed concurrently.

The simultaneous use of stimulants like Methylphenidate with cognitive behavioural therapy continues to require further study in order to devise a viable treatment strategy for these individuals.

According to the Cass Business School Research Team, 35% of entrepreneurs have dyslexia.  There will be many talents linked with it, in both ADHD/dyslexia.  These abilities are only fully expressed when the challenges are correctly evaluated and treated.  What is known with certainty is that treatment for ADHD and dyslexia may vary depending on the child’s symptoms, age, and school performance.

If you suffer from ADHD and Dyslexia, it is important to consult with a specialist who can provide medical advice or tailor your treatment.  This may mean getting diagnosed by more than one professional or using different approaches for each condition.  It’s also essential that any problems related to 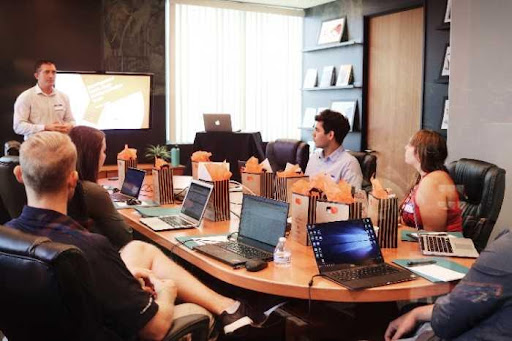 dyslexia are addressed in order for the person suffering from both conditions to succeed academically.

Remember that there are many theories about how these two disorders may be linked, but researchers still don’t know exactly why they coexist so often.  Educate yourself on all of the latest research into this neurological disorder pair and talk openly with your healthcare provider about what treatments will work best for you!

There are also a range of programs like ADHD Ambition, which can help people overcome the challenging symptoms of ADHD to create the habits to change their lives.

Shannon has a clinical interest in treating trauma, PTSD and ADHD.  He has a lived experience of ADHD and is a passionate advocate for those affected by it.  He is accredited as a Mental Health Social Worker AMHSW, psychotherapist and registered EMDR practitioner.  Associations below.

Founder of Deeper Potential and Part Founder of Create Balance Courses Daniel specialises in Mindfulness as a way of regulating difficult emotions and working with impulsive behaviours.

He has a lived experience of anxiety and attention difficulties and is a passionate advocate for those
affected by it.

Thank you for subscribing